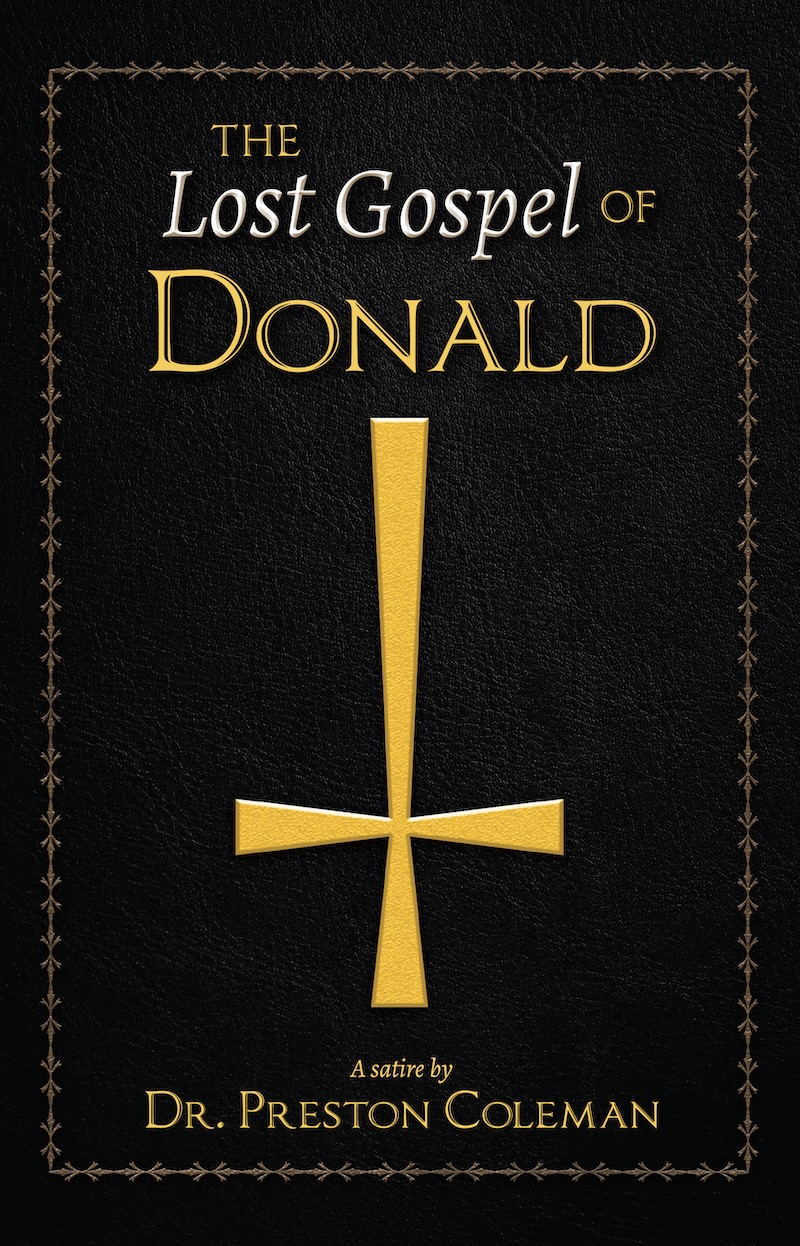 The Lost Gospel of Donald

If you’re suffering from Trump fatigue, Trump Derangement Syndrome, Trumpitis, or any other Trump-related illness, this is the remedy for you: laughter!

What if DONALD TRUMP met JESUS CHRIST face to face?

Would love, charity, and forgiveness overcome hate, greed, and revenge?

The Lost Gospel of Donald answers these questions with an irreverent romp through the Holy Land circa 30 A.D., starring a familiar cast of characters.

Only now, they’re seen through the eyes of the ruthless head of a hospitality empire, Donald of Gaul, who spots John the Baptist dunking Jesus on the Jordan River and subsequently witnesses a series of spectacular miracles. Believing Jesus to be the best magician the world has ever seen and baptism a wet tunic contest, Donald recruits the aspiring messiah to perform as a headliner at his properties.

Alas! Jesus has loftier ambitions. But Donald won’t take “NO” for an answer.

Set against the fall of the republic and the rise of depravity and dictatorship in Rome, this blistering satire is fastidiously faithful to the original gospels. Birth, Baptism, Transfiguration, Crucifixion, Resurrection, Ascension—it’s all here, in the unmistakable language (some real and some masterfully imitated) of The Donald.

The Lost Gospel of Donald features the true philosophy of Jesus IN HIS OWN WORDS and reveals the true character of Donald IN HIS.

And the end? It’s murder…a Chapter 13 Donald will never recover from.

Please check back for availability from other retailers.