Joining the European Union, the world’s lemmings have banned Americans from traveling to their territories, which span large swaths of Canada, Scandinavia, and Siberia.

A statement released by the Lemming Emergency Alliance for Protection, or LEAP, “hereby prohibits any human with American citizenship from traveling into any lemming-inhabited lands in the Northern Hemisphere until further notice.”

LEAP spokeslemming Lemuel Icarus noted, “We lemmings have a saying: ‘If everylemming jumped off a cliff, would you jump, too?’ Of course, the answer is ‘Yes!’

“But even we aren’t foolish enough to run around unprotected during a global pandemic.”

In related news, a coalition of Asian and African elephants is pleading with the American Republican Party to stop using an elephant as its mascot.

“There are plenty of alternatives,” says spokeselephant Jumbo Gray. “Lemming, ostrich. Weasel. Pick one, but leave us out of it.” 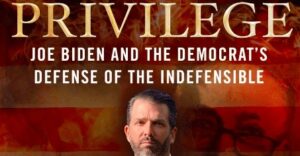 In Fairness to Donald Trump