Donald Trump has doctors and scientists all over the world scratching their heads after suggesting two novel ways to fight Covid 19 at his April 23 press briefing.

Responding to Department of Homeland Security official William Bryan’s statements that disinfectants and sunlight outside the body can kill the virus within minutes, Trump wondered aloud whether they could be used inside the body as well:

I see the disinfectant where it knocks it out in a minute, one minute, and is there a way we can do something like that by injection inside, or almost a cleaning, because you see it gets in the lungs and it does a tremendous number on the lungs.

Manufacturers of disinfectants immediately warned the public that their products should not be used in or on the human body, while doctors noted that ingesting and injecting such products is a common way of committing suicide.

Trump also suggested that strong light might be introduced into the body to kill the virus:

So supposing we hit the body with a tremendous, whether it’s ultraviolet or just very powerful light … supposing you brought the light inside the body, which you can do either through the skin or in some other way.

On the heels of his repeated promotion of hydrochloroquine, which has resulted directly in deaths and sidetracked vital research efforts, Trump’s latest quackery has drawn widespread ridicule.

Asked for comment by RealFakeNews, epidemiologist Dr. Yetanudda Gupta said, “It makes you wonder where the president’s head is at.”

May we suggest, somewhere that the sun don’t shine.

UPDATE On April 24, Trump tried to duck his comments at a bill signing, saying, “I was asking a question sarcastically to reporters like you just to see what would happen.”

This leaves open two distinct possibilities: either Trump lied about being sarcastic, which fits a longstanding and well documented pattern, or he’s turned the most powerful position on earth into a cartoon.

Don’t Let a Grinch Steal the Fourth of July! 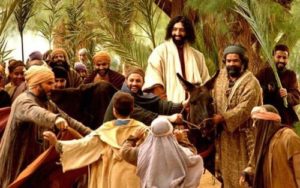